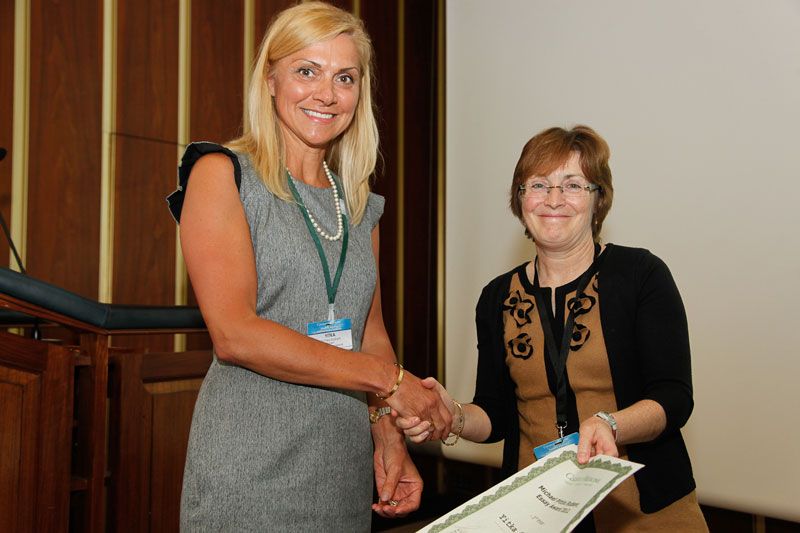 Yitka Graham won joint third prize in our Michael Pittilo Essay Prize 2012 on healthy ageing.  This is her essay.

In the context of constricted health budgets and a rapidly growing population of service users, what strategies can we as health practitioners use to encourage healthy ageing?

As the human body ages, the effects of non-communicable diseases (NCDs) become the principal cause of mortality, morbidity and disability (WHO, 2002b). The four major NCDs are cardiovascular disease, type 2 diabetes, cancer and chronic respiratory disease (WHO, 2012c). Denton and Spencer (2010), point out that many older people live with more than one chronic illness, which can affect their quality of life and functioning. 20% of people living with a chronic illness experience depression and the prevalence increases as disease progresses (NICE, 2010). Helliwell and Putnam (2004), affirm older people are less healthy generally as a result of the ageing process, and this can substantially reduce wellbeing.

The King’s Fund (2012) states that chronic illness due to age impacts an increasingly larger share of scarce healthcare budgets with £7 spent on chronic illness for every £10 spent on patient care in the UK (College of Medicine (COM), 2012 [Online]) and this trend will increase as the ageing population grows and further impact financial resources. Geneau et al (2010) contends that NCDs are largely preventable through reduction in identified risk factors of reduced alcohol consumption, smoking cessation and weight loss; however there are two further aspects particularly relevant to an ageing population; physical activity and emotional wellbeing. This essay will examine the impact of the these factors on the older person, and it will be argued that health practitioners are in a strong position to empower older people to make positive lifestyle choices to improve wellbeing, thus encourage healthy ageing.

Healthy ageing involves imparting strategies to minimise the impact of NCDs and adopt a biopsychosocial approach to quality of life in the older person and not solely relying on conventional medicine. Physical activity has been identified as a crucial approach to prevention and management of these conditions (King and Guralnik, 2010). Mobility is linked to a better quality of life and the US Department of Health and Human Services (DHHS)advocates small increases in physical activity, which can improve function, reduce hospitalization events and help reduce the impact of NCDs in ageing people (King and Guralnik, 2010). WHO (2002b), states that although function peaks in childhood and declines in old age, the onus at this stage in life is to reduce disability and maintain independence by slowing functional decline, with exercise important to attaining this goal.

Physical activity can be accessed in different ways to improve quality of life, e.g. as means of transport, leisure pursuit or social activity. Rates of physical activity in the ageing population are correlated to ‘decreased mortality, hypertension, cardiovascular disease, depression, falls and disability’ (Fried et al, 2004). Health practitioners can identify rates of physical activity as part of the consultation process, no matter what the modality, and motivate patients to increase exercise rates taking into account individual lifestyles, degree of mobility and personal preferences. These efforts can be supported during repeat visits and client motivation may be sustained.

As a Clinical Aromatherapist, I routinely ask clients about exercise (in addition to the other risk factors for NCDs) as part of my consultations. Many of my older clients present with musculo-skeletal aches and pains, and in addition to treating these symptoms, I stress the importance of mild exercise to keep joints supple, reminding them that short, gentle walks are an easy way of incorporating exercise into their lives. For older people living alone, this may also be a method of engaging with their community, reducing the propensity for social isolation identified as problematic in this cohort (Age UK, 2011). For example, a short walk to the library or local shops provides opportunity for social interaction with others. As a future public health practitioner, I am aware of cost implications; therefore interventions must be cost-effective for both healthcare system and service users, particularly those on fixed incomes such as retired people. Fortunately, increasing physical activity is an intervention which can be done at minimal cost with maximum impact.

Healthy ageing however, is not just linked to physical activity, but ‘includes continuing participation in social, economic, cultural and civic affairs’ (WHO,2012d, [Online]). Putnam (2000), in his seminal work ‘Bowling Alone’, refers to the value of these social networks as ‘social capital’ . There is strong evidence to suggest that recurring involvement in social groups and networks has been demonstrated to have positive health and functional effects on ageing people (Fried et al,2004). As part of my studies, I spent six months in a community centre in Consett, Co. Durham and began to investigate social capital. I became involved with the ‘3rd Generation Group’ a cohort of local women over 50, many of them widowed, who met weekly for social activities, crafts and excursions. Putnam (2000) argues that socially isolated people are more likely to indulge in health risk behaviours such as drinking, smoking and unhealthy eating, which are all risk factors and may accelerate progression of NCDs.

During placement, I offered aromatherapy treatments to the women, and provided advice on local social support, referred two members for medical intervention and supported four others on a weight-loss program by providing massage, advice and motivation. By attending the meetings, interacting with and surveying the members, I gained valuable insight into an example of social capital. It was evident through personal observation, but confirmed by evaluation, that the group provided mutual support, social contact and a sense of belonging amongst each other. Parsons defined the ‘sick role’ theory, where illness is a temporary deviance and the seeking of medical intervention for a cure legitimises the affliction, with the expectation that the person will get better and resume one’s normal societal role (Bilton et al, 2002).

For the population living with NCDs, there is no cure, only management and disease progression, which can impact emotional and mental wellbeing. Although the women had reduced physical functioning, their self-reported quality of life, especially in terms of mental health was positive. Studies have confirmed that social cohesion is closely linked to wellbeing and the more included in a community a person is, the less propensity for illness, including chronic conditions and premature death (Putnam, 2000). Therefore, patient support groups are a form of social capital and can bring together populations, improve community cohesion and reduce isolation.

Health practitioners can develop include patient support groups in their own practice or local community centres and the associated costs are usually minimal. By targeting clients with common conditions such as diabetes, or social interests (e.g. healthy eating), a framework for sharing experiences, building social networks, providing support and contact can be developed. The hiring of a room in a community centre is nominal, especially for local residents and healthcare practitioners offering health related community service
s. The cost of the room in the community centre in Consett was £5 per hour.

Community centres can foster cross generational relationships as service users may be from all age groups. Contact with children is a prime remedy for loneliness in older people (Age UK, 2011) and builds cohesive neighbourhoods. An example of this is demonstrated in a study in Baltimore, USA, where older people aged 60-86 volunteered in a primary school by reading and playing with young children. Follow up of the volunteers showed increased rates of physical, social and cognitive function (Fried et al, 2004). In addition to the positive health effects on the volunteers, there was the added benefit of contributing to children’s’ education. This is what David Cameron declared in his vision for a Big Society in the UK, where ‘people come together in neighbourhood groups so they can work together to make life better’ (Conservatives, 2010[Online]).

There is increasing evidence to indicate that older people, regardless of socioeconomic status are willing to embrace technology, such as the internet, to advocate positive health behaviours (King and Guralnik, 2010). Therefore, internet-based health promotions, facilitated by health practitioners, may also be a cost effective and successful method of advocating healthy lifestyle interventions to reduce the impact of NCDs in this age group. Health practitioners may have websites to promote their businesses, and this can be effectively used as a patient support mechanism.

For example, tips on physical activity, living with NCDs, local community groups i.e. book clubs, exercise classes, etc., could be promoted on a practitioner’s website with links to supporting, credible websites, such as the COM’s self-care library and NHS health promotion campaigns. E-Newsletters with advice, encouragement and support could also be utilised. These marketing methods may support face to face consultations, provide further client motivation and give older people an interest; embracing technology opens up more possibilities for learning and interaction.

Ageing is an inevitable process, but does not have to be construed as negative. Older people make positive contributions to society as has been demonstrated by the examples. By identifying risk factors and introducing prevention strategies early on, the onset of NCDs associated with this age group may be delayed, thus providing a framework for enhanced quality of life. The examples demonstrated with physical activity could be applied to other risk factors. Emotional wellbeing can be developed through social capital, and this benefits whole communities, not just individuals and reduces the social problems associated with growing older.

Healthcare practitioners can encourage healthy ageing and ‘allow people to realize their potential for physical, social and mental wellbeing’ (WHO, 2012a) and through this approach, we too are contributing to the Big Society vision and echoing the ethos of the College of Medicine.