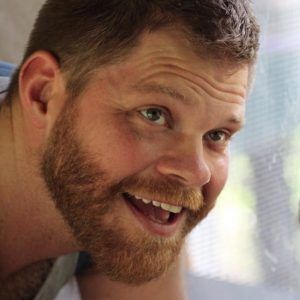 The medal is given to those students who the Principal feels have most distinguished themselves during their undergraduate studies,both in terms of academic performance and social contribution to the College.  One Jelf Medal is awarded to a student in each of the Schools of Arts & Humanities, Biomedical & Health Sciences, Law, Nursing & Midwifery, Social Sciences & Public Policy, Medicine, Dentistry and Psychiatry.  Two medals are awarded to the School of Physical Sciences & Engineering.  The Jelf Medal was created in honour of Rev Richard Jelf DD who retired from the role of Principal of the College in 1868 after holding this office for 24 years.  The Medal commemorates his services to the College.

Tim was awarded the Medal for his work during his BSc in Adult Nursing Studies at the Florence Nightingale Faculty of Nursing & Midwifery at KCL.  Tim often discussed his work with the College of Medicine within the Faculty who responded particularly positiv ely to its commitment to social prescribing, which was then introduced to the syllabus for both undergraduate and masters nursing courses in the Faculty.

Tim was given a contract to make work as Assistant Producer for the Cultural Institute at King’s ‘Utopia 2016’ arts series and also worked on the delivery of the first national Arts in Health Conference & Showcase presented by Aesop, NHS Alliance and College of Medicine, also discussed at length with his pre-registration peers. Tim is extremely grateful to the College of Medicine for the huge amount of opportunities he was able to explore as student lead with the student strategy group. These both inspired and created more opportunities to explore important issues and he looks forward to continuing to work with the College as he embarks on his nursing career.