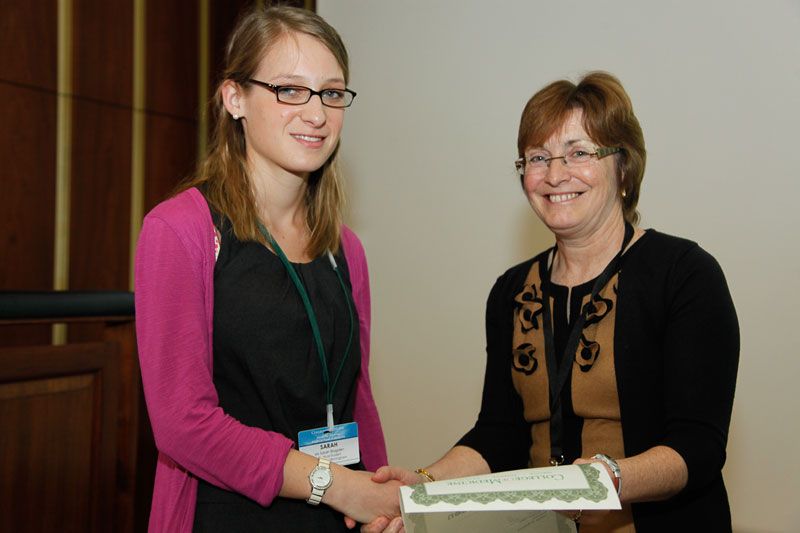 Sarah Blagdon is joint third prize winner for our 2012 Michael Pittilo Essay Prize. Here she explores what lessons the NHS could learn from the medical system in Cuba.

In the context of constricted health budgets and a rapidly growing population of service users with multiple long-term chronic conditions, what strategies can we as health practitioners use to encourage healthy ageing?

Since the global recession – which manifested fully in 2008 (1) – and the ensuing financial crisis, shrinking budgets have challenged healthcare in the United Kingdom (UK).

In the context of the largest British budget deficit since World War II (2), this does not look set to change with the possibility of a “double-dip” recession in 2012 (3). Against this economic backdrop, the UK population is increasing at the fastest rate since the post-war “baby boom” years (4), reaching 62.7 million in July 20115. Furthermore, the population is ageing, with an average life expectancy of 80.05 years (5) in 2011 compared to 76.19 in 1990 (6). Consequently, the number of people with chronic conditions requiring long-term treatment is expanding with, for example, hypertension present in 32% of men (7). Thus it is apparent that in coming years the NHS will be considerably tasked to satisfactorily meet the demands of this population. In response, this essay will examine strategies of ensuring healthy ageing from another country with restricted resources that has maintained its population’s health throughout economic crisis: Cuba.

Situated in the Caribbean, Cuba is a developing country with a GDP per capita of $5,5658 – compared to $36,100 in the UK (8). It faced economic adversity in the 1990s as a result of the collapse of its ally, the Soviet Union, and the embargo on trade with the United States (US) (9). Despite such hardships, Cuba is often described as “a developing country with developed health indicators” (10), with an average life expectancy of 77 years and a healthy life expectancy of 68.3 years in 2006, compared to the UK statistic of 70.6 years (11). Cuba has developed a healthcare system that aims to provide exemplary healthcare at low-cost12 and the key strategies utilized in achieving this will now be considered, along with their relevance to the UK.

1. Prevention and the Polyclinic

In order to maximise cost-effectiveness, the Cuban ministry of health (MoH) has developed services that focus on disease prevention and education of the population about the determinants of health (12), with the successes seen not possible if the government had focused on treatment of chronic disease13. So as to reach the entire population, these preventative strategies have been delivered via the community and address the particular health requirements of each community (12).

Such community coverage has largely been achieved through polyclinics. As well as being the base for family doctors, these provide much more extensive services than British GP surgeries, including radiography, endoscopy, thrombolysis and geriatrics (14). This range of specialities available in a familiar and convenient environment increases uptake. Moreover, all citizens undertake bi-annual review at their local polyclinic and staff make home visits if patients do not attend for review (13). This ensures that all citizens are aware of, and more likely to utilise, the services offered, as well as guaranteeing that risk factors for, and the early stages of, chronic disease are detected (15). This prevents disease progression and the associated complications (15).

As Cuba emerged from the economic crisis of the 1990s with its population’s health intact, it was evident that this was largely due to the strong primary care network – in the form of polyclinics – available to and utilised by nearly all Cuban citizens15. Such preventative community services are cheap to maintain, in comparison to secondary and tertiary services, which were more seriously impaired throughout Cuba’s financial troubles (15).

In the UK, largely as a result of the quality outcomes framework (QOF), regular health review is actively encouraged for people with chronic conditions – such as diabetes and asthma (16). However, such reviews usually only occur after diagnosis and are often uncoordinated, with patients having various reviews undertaken on different occasions by different healthcare professionals. Furthermore, such target-driven frameworks are blanket initiatives rolled out across the population, irrespective of their suitability (17). For example, concerns have arisen about the appropriateness of applying QOF criteria to over-75 year-olds, with worries about polypharmacy, its side effects and minimal epidemiological evidence supporting treatment in the elderly (17).

In order to optimise healthy ageing, health throughout life must be maximised, starting with healthy development. Cuba prioritises the development of children through a range of strategies, beginning before conception (12). For example, the MoH runs the Educa a Tu Hijo (“educate your child”) programme, educating parents, and subsequently children, about optimising child health (12). Similarly, sport and education about determinants of health are integrated into school education, to ensure that children grow up maintaining a healthy lifestyle (12). Developmental problems and health problems throughout childhood are detected quickly and rarely missed due to collaboration between schools and polyclinics (13). Such emphasis on healthy childhood guarantees that people grow up with good health, understanding the factors involved in preserving health.

3. Care of the Elderly

Cuba also maximises healthy ageing through care of the elderly. Firstly, as with other vulnerable groups, priority is given to elderly people, with the MoH running a Programme of Care for the Elderly (18). This consists of specialist geriatric and gerontological multi-disciplinary teams, which are integrated into community care and largely based in polyclinics (18). The programme aims to give people greater control over their lives and, in addition to medical care, focuses heavily on physical exercise and occupational therapy with the goal of improving activities of daily living and decreasing obesity and sedentariness19. Inactivity and loneliness amongst the elderly, which have been repeatedly linked to disability and ill-health (20-22), are also targeted through the development of “grandparents’ homes”, for regular day guests, and “grandparents’ clubs”, which aim to keep people engaged and involved in various activities (19). As with children, emphasis is placed on nutrition during later-life (19).

In Cuba, with a continually ageing and changing population, there is understanding that the needs of the elderly are dynamic, and frequent epidemiological monitoring is conducted to determine their healthcare requirements (19). Such an approach would be valuable in the UK, where elderly patients are often excluded from research, resulting in a lack of evidence about their health and needs (23,24).

Although successful in Cuba, there are various reasons why Cuban strategies to encourage healthy ageing may be limited in a British context. Most notably, Cuban healthcare works in the context of the Cuban state – ruled as it is by a one-party authoritarian government (25) – but may not be replicable in more pluralistic political systems. The Cuban government’s degree of political control has facilitated decentralisatio
n, collaboration and community involvement in health services and has enabled enforcement of policies, such as regular health reviews (12), which would not be possible in democracies such as the UK. Similarly, implementation of schemes with long-term goals related to healthy ageing is difficult in the UK as, unlike in Cuba, the government, and associated health policy, has the potential to change. In addition, as a result of the embargo on trade with the US, Cuba is free from many Western influences – such as fast-food – that adversely affect health (9).

Having said this, the principles of certain Cuban strategies could be used to encourage healthy ageing in the UK with minimal expenditure. As has already been suggested in the NHS (26), primary care services could be expanded to include a wider range of facilities in the community, thus making specialised healthcare more accessible to elderly people. Furthermore, Cuban services emphasise a “continuum of care” (12) and the importance of regular contact with the same HCPs, along with the necessity of treating people as individuals rather than as a population sub-group (13). Embracing these basic values would improve co-ordination of multi-faceted care and decrease the likelihood of problems being neglected or missed in elderly people. Improved primary care services should also extend to reviewing and monitoring health throughout life, in order to prevent chronic disease developing and the subsequent utilisation of expensive secondary and tertiary services.

Healthy ageing is intrinsically linked to healthy development and, as in Cuba, education about the maintenance of health should be incorporated into education and healthcare for the youngest in society, if individuals are to enjoy a maximum number of healthy years. When people reach their later years, healthy ageing could be further encouraged by innovative developments such as routine exercise therapy and “grandparents clubs” (19).

In conclusion, Cuba is a nation that, albeit with an entirely different political background to the UK, has developed a successful healthcare system with limited resources. It has largely achieved this by focusing on prevention of chronic disease through regular monitoring of health throughout life via exemplary primary healthcare services, most notably the polyclinic. The UK currently faces severe economic uncertainty and tightening health budgets at a time when the population is growing and ageing. By adopting simple, feasible strategies utilised in Cuba, the NHS could cheaply facilitate healthy ageing. Cuba proved in the 1990s that it is possible to protect the health of a growing population throughout economic crisis and has long counselled the governments of developing countries regarding cost-effective healthcare (27). More recently, Canada has evaluated the Cuban healthcare system, with the intention of applying aspects to its own overburdened healthcare system (12), and perhaps similar steps should be taken by the UK government.