Simon Gibbons, Professor of Phytochemistry, Department of Pharmaceutical and Biological Chemistry, The School of Pharmacy, University of London

Many of the drugs used in hospitals and GP surgeries today owe their origin to a plant, fungus or bacterium[1] – at least 25% of prescription medicines and nearer to 60% for anti-infectives and anti-cancer agents [2]. 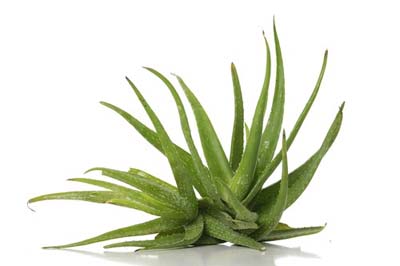 They include products isolated from the organism that created them, such as clavulanic acid used in the antibacterial AugmentinTM. Others have been modified to produce a semi-synthetic derivative (the most famous example is aspirin – salicylic acid originally found in willow bark). Or the drug may have very little structural similarity to nature. For instance, the analgesic pethidine is a synthetic version of opium, retaining the pain-relieving action but offering fewer side effects.

Anticancer agents taken from nature include taxol, originally isolated from the bark of the Pacific Yew tree. One of the newest anticancer drugs to reach the market is Yondelis (Ecteinascidin 743), a totally natural substance derived from a sea squirt called Ecteinascidia turbinata, that lives in the Mediterranean and Caribbean. The first statin[5] was originally isolated from a fungus.

Whilst there are plenty of medicines derived from nature, there are still many opportunities to go prospecting. Only 10 to 15% of plants have been investigated for chemistry and biology and just 0.1% of microbes have been studied in any systematic way.

Herbal Medicinal Products are plant material or natural products extracted from the plant source. They have been used for thousands of years but still offer modern scientists a considerable chemical challenge, as they are highly complex. Their composition can vary enormously according to weather, season, geographical location, the effects of animals and insects or microbial contamination.

Herbal medicines can be licensed across the European Union [*], after registration and approval by national governing bodies such as the Medicines and Healthcare Products Regulatory Agency. This traditional usage registration is implicitly related to:

• quality (good phytochemistry and ideally standardisation of one or more consistent components).

Regulators are very keen to see evidence for biological activity where appropriate but proof of efficacy is not a requirement for gaining a licence.

Many of the chemicals used from nature are highly complex, presenting a real challenge for producing safe and standardised medicines. The monitoring of adverse effects and potential interactions of herbal medicines and conventional drugs is an infant field. While the interactions of some herbs are well known, such as St John’s Wort with anticoagulants or oral contraceptives [7], many are still unclear.

A wide range of expertise is involved in analysing these materials, including:

• Phytochemistry – to ensure quality of the extracts and consistency between batches

There are many very diverse traditions of herbal medicine, including Ayurveda, Jamu, Traditional Chinese Medicine [10] and Western Herbal Medicine [11]. The developed world has a particular view of what constitutes medicine, but the fact is that 80% of the world’s population relies on plants as their primary source of healthcare,

There are very exciting opportunities for scientists to identify new drugs by studying these systems and working closely with traditional healers. Ethnobotanists working with traditional healers in Samoa learnt about the potent compound prostratin, taken from tree bark and used to treat yellow fever. This drug is now in development for the treatment of HIV, in a collaboration between the National Cancer Institute (NCI) and the Aids Research Alliance.[13] The benefits will be shared with the traditional healers’ village and the Samoan government.

Nature can produce devastatingly poisonous chemistry. Whilst natural products are often thought of as safe, some of the most toxic compounds known to man are derived from natural sources. These agents vary in their severity, from mild contact poisons such as psoralen from the Cow Parsley family (Apiaceae), through to more severe and serious poisons including hyoscyamine from Deadly Nightshade (Atropa belladonna) to the highly poisonous mushrooms, such the aptly named Death Cap (Amanita phalloides), that produces substances so toxic that a lethal dose can be just 5 to 7mgs.

The use of natural substances that lead to stimulation, hallucination or sedation is as old as mankind itself. Alcohol is a natural product (ethanol). Cannabis has yielded the useful medicinal agent Sativex, a standardized preparation containing tetrahydrocannabinol (THC) and cannabidiol (CBD). This has recently been approved by the MHRA for patients with multiple sclerosis. Morphine is very easily extracted from the opium poppy.

Naturally derived chemicals can be therapeutic agents with strong medicinal benefit. They have made an enormous contribution to human healthcare, as pharmaceutical drugs, as templates for new drugs and in the many traditional systems of medicine. They have also improved our understanding of human interaction with nature. These interactions have a profound impact on the development of human society and the development of other species within their ecological niche.

Western science is now recognising the extremely high value of herbal medicinal products and the opportunities that exist to develop new therapeutic strategies. The pharmaceutical industry is keen to use herbal medicines and traditional knowledge in the process of discovering new medicines.[16]