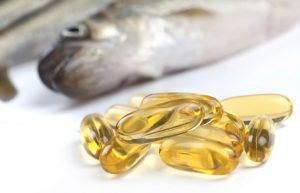 Cancer deaths may be prevented by giving patients nutritional drinks with high levels of protein and fish oil, according to continuing research by Irish scientists.

The supplements have been shown to prevent wasting, or rapid muscle loss, which is the direct cause of one in five cancer deaths worldwide.

This wasting effect was previously thought to be caused by a loss of fat, but research has shown that it is actually a loss of muscle.

Aoife Ryan, lecturer in food and nutritional studies at University College Cork, said that many patients appeared to be a healthy weight or even overweight, but actually had sarcopenia, or muscle mass of less than 5 per cent.

A study of more than 1,000 patients undergoing chemotherapy in Cork showed that only 4 per cent looked underweight but 40 per cent had sarcopenia. “We rarely see wasted cancer patients any more, and they may look normal, but underneath that fat there is very little muscle. These patients live about half as long as people that maintain their muscle.”

Sarcopenia is most common in very elderly people but develops rapidly in cancer patients. “I have seen people with a normal muscle mass at diagnosis and two months later they are sarcopenic,” she said.

While it is known that protein plays an important role in building and maintaining muscle, Dr Ryan wanted to study whether there was a nutritional ingredient that could reduce the inflammation caused by cancer, and thus prevent rapid weight loss.

“Several clinical trials have shown that if we give patients with cancer protein and a high dose of EPA, an oil found in salmon, mackerel and herring, inflammation can be dampened down and they will lose less muscle.”

Patients were given two drinks a day, which contained more than 2 grams of EPA, a level much higher than could be found in a normal diet. Though trials are continuing, the results mean cancer patients may experience less muscle wasting and stand a higher chance of survival.

Dr Ryan also believes exercise is an important factor in preventing wasting. “Activity is also hugely important but many cancer patients enter a vicious cycle of inactivity because of the fatigue that the disease causes,” she said. “We have also started a new study that is also incorporating an exercise regime along with anti-inflammatories, and while the initial feedback is promising, it will be about two years before we know the full results.”

Dr Ryan added that a US-based study was assessing whether chemotherapy dosage could be tailored to muscle mass, rather than body surface area. “We have been administering most chemo drugs the same way for over 100 years, so this has the potential to be very exciting,” she said.

As part of this work, food scientists at UCC are also developing products that help chemotherapy patients who lose their appetite. Tasteless gels that can be added into food are being developed as a way to counter the problem.