A simple blood test offered to patients suspected of having a heart attack could save the NHS millions of pounds every year, says new research.

More than 65 per cent of people who visit A&E with chest pains are not suffering a cardiac arrest but currently have to wait for at least three hours – and often overnight – in hospital care to undergo further tests that can confirm a heart attack.

Those found to have low levels of the cardiac biomarker troponin in their blood are often discharged but some 85 per cent of people with chest pains fall into an intermediary group where more in-depth testing is required. 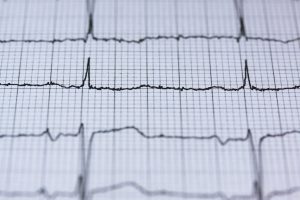 Hospital beds and doctors’ time could both be freed up by a more straightforward blood test, say scientists at King’s College in London, who have identified another biomarker – cardiac myosin-binding protein C (cMYC).

During the research, the amount of cMYC in the blood was found to increase more quickly after a heart attack than troponin, offering potential for a quicker diagnosis.

Published in Circulation journal, the King’s College research was carried out on 2,000 patients in Spain, Italy and Switzerland.

Funded by the British Heart Foundation, the study found that the blood test could identify double the amount of patients who weren’t having a heart attack.

Scientists say the test could be rolled out to the NHS in the next five years.

Lead researcher Dr Tom Kaier said: “We often see patients in hospital who have to stay in for further tests as a result of a mildly abnormal blood test – this is stressful and often unnecessary.

“Our research shows that the new test has the potential to reassure many thousands more patients with a single test, improving their experience and freeing up valuable hospital beds in A&E departments and wards across the country.”

St Thomas’ in London currently carries out around 7,800 heart attack blood tests every year and could save up to £800,000 if the new cMYC test could successfully reduce admissions and leave beds freer.