Joanna TweedyOctober 19, 2017October 19, 2017 Expert's view, Uncategorized
Putting principles before the health of patients is a dangerous game, writes Dr Michael Dixon, and sends out yet another warning flag to GPs that medical autonomy is under threat…
I took my 97-year-old mother out to lunch last Sunday and during our coffee, the telephone rang.  It was a Telegraph journalist asking what I thought about new proposals that would require GPs to ask all their patients over the age of 16 about their sexual orientation.
“Well I think my 17-year-olds are going to think that I am weird… and my 70-year-olds are going to think that I have gone bonkers,” I replied, rapidly losing my post-prandial bonhomie. 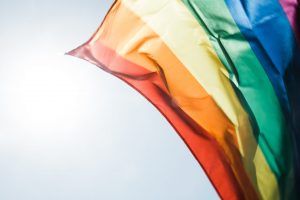 Not only, it seemed, was I going to have to record the sexual orientation of all my patients over 16 but if they told me to take a running jump, I was to record that too, in rather Kafkaesque terms: “Patient declined to answer question”.
Apparently, the new plans are designed to stop discrimination under the Equality Act… but surely the best way to avoid discrimination is by not knowing peoples’ sexuality in the first place?
Furthermore, the powers that be say that such information won’t affect patient treatment, again begging the question why bother?
During the interview, which to my shock and surprise, made the front page of the Telegraph, I pleaded the case that surely there was a time and a place for such questioning. It should be up to the individual judgement of GPs and patients as to when it is appropriate or useful to ask such questions. 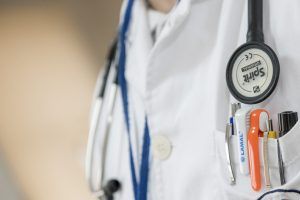 In the grand scheme of things, this whole debacle may not seem terribly important but it does have two very serious implications.
The first is that it symbolises the continuing erosion of medical autonomy; the suggestion that GPs might become mere robots practicing medicine by numbers. The very idea of this has already driven plenty of UK doctors to Australia or into private medicine. Big Brother knows best? Or does he?
The second implication is that the powers that be are using up valuable time and resources, when they should be attending to issues that really matter.
As the Home Secretary Amber Rudd said recently, we are on the verge of losing the family doctor; and someone should be doing something about that rather than foisting yet more silly tasks on us.  Tasks, I should add, that we will be forced to carry out because the Care Quality Commission will be asked to ensure that we do.
After I put the telephone down, I asked my mother what she would think if her GP quizzed her on her sexual orientation:  “He wouldn’t,” she said with some conviction.
I replied: “But what if you had a new doctor and he was to ask you about you sexual orientation?”
“Well dear, I would find another doctor”, she said.
Remarks from a two-minute conversation after Sunday lunch caused anger in high places but I am not repentant.  Ideals of equality, whether it be about race, age or sexual orientation are important.  Equally important are the rights of privacy, pragmatism and plain common sense.
Most important of all, perhaps, is that we put the patients first and before ours or anyone else’s principles – and maybe the person sitting in front of the patient is in a better place to judge this than bureaucrats in Leeds.
The NHS needs to reassert itself as a kind and compassionate service rather than a nosy parker grinding us all into cynical submission.
confidentiality, Equality Act, GPs, LGBT, nhs