Simon Tuckey, Ambassador to the Food Industry for the College of Medicine, writes on how the food industry has evolved to put manufacturers in the driving seat, leaving them firmly in control of the nation’s tastebuds…and our health:

FOOD IS THE MOST IMPORTANT PART OF OUR EXPENDITURE

iPads are fun and new cars are a blast (though perhaps one for every two people is a bit much) but food is what sustains us and what keeps us well. In the last 30 years, food has dropped from 30 per cent of average household expenditure to less than 10 per cent.

The food industry is very competitive (we all have access to many choices of shops and brands) and as consumers, we continue to demand cheaper prices… witness the success of Aldi and Lidl. 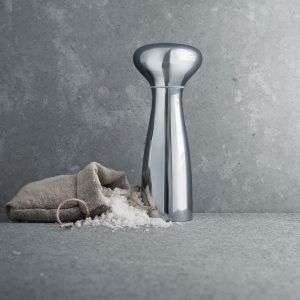 In the process of giving us cheaper food, many recipes have been changed, cheaper ingredients (especially fresh food) have been sought from further and further afield and much regulation on things like fats and salt and now sugar has been implemented.

My feeling is that taste has been lost in the midst of all this. Of course there are some wonderfully indulgent foods available to delight us, but the basics of great tasting, simple, standalone foods have been somehow lost. Involved in food innovation over the years, I was often asked what my favourite food was: the answer is still the same today – fresh baked bread, a nice butter and lettuce just picked from the garden is the best sandwich ever.

I propose we seek out the provenance of all our foods and see if we can taste the difference. Get used to natural flavours and wean ourselves off added intense flavours. The food industry will react very quickly to our desires and make this process easier. But we need to show that we are interested. It will be fun seeking out really tasty foods.

LOCAL FOOD PRODUCTION HAS NEVER BEEN MORE IMPORTANT
We now import more than half our food: incredibly we import 40 per cent of our vegetable and over 80 per cent of our fruits. Food accounts for £103 billion of GDP and is more than cars and aerospace industries combined. The sector accounts for about 3.5 million jobs. In spite of this, we are now heading to a tipping point, say the NFU, where we will always have to be dependent on other countries for our food. 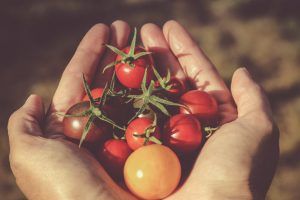 We have pursued a course of ever greater food imports because as consumers, we have demanded both exotic and cheaper food. Ironically, many of those newer, exotic fruits and vegetables can now be grown well in the UK.

Does it matter? Putting aside security of supply, it surely cannot be good to so lose touch with the land and with the direct source of the food we eat.

We can’t all have allotments and grow our own (though as one who does, I can attest to the sheer joy of going, after work, to pick that night’s dinner) but we can all enjoy seeing our food being produced around us by a highly skilled and committed farmer.

One of our industry colleagues, Ian Wright of the Food and Drink Federation, summarised it crisply: “If you can’t feed a country, you haven’t got a country”

BLAME THE DIET, NOT THE FOOD
Much work is being done in the food and drink industry to modify recipes and ingredient content. The industry has tackled fat, salt and now sugar. Sadly the foods that contain what is now seen as undesirable, also depend on those components for taste: maybe we can modify a soft drink but making a biscuit still taste nice with half the sugar may be a challenge.

Of course you can modify traditional recipes but if in the process, you spoil the taste, people tend to eat more to try and get that satisfaction. Fat content and type was much modified in the UK over 20 years ago but has had no impact on the continuing growth in obesity rates.

What causes excess weight is more about amount than type of food. We consume too much food for our biological needs and as we learned at the ‘Food. The Future Medicine’ Conference, the right foods in the right diet can make us well… an excess of certain foods makes for a bad diet and that makes us ill.

We cannot control the content of the food that is manufactured for us but we can influence how it is put together by the way we buy.

We can absolutely control our diet: try food writer Michael Pollan for size – “Eat food, not too much, mostly plants.”

Enjoying our food is a human right: not costly but requires a bit of time and consideration.