Taking a fish oil supplement could help reduce painful side effects in patients being treated for breast and bowel cancer, suggests new research.

Two studies show that omega-3 fatty acids could help alleviate pain that some treatments cause including joint pain.

The research, shown at the annual meeting of the American Society of Oncology in Chicago (ASCO), said the supplement had reduced inflammation in some breast and bowel cancer patients. 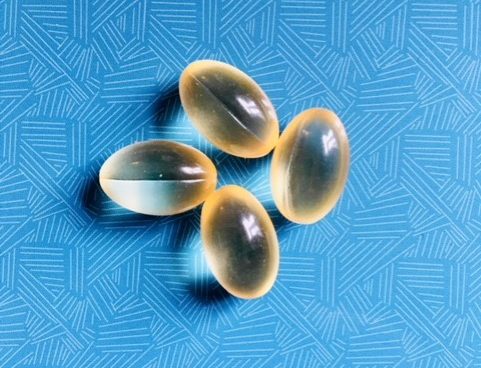 She told the Press Association: ‘This is a real problem, the joint pain. And it’s really preventing women from taking these medications that are designed to prevent them getting a recurrence of their breast cancer.’

A 2015 study of 249 patients found that fish oil particularly helped to relieve symptoms among obese women taking the drug, who are more susceptible to joint pain.

Dr Andrew Epstein said of the research: ‘It’s adding to the evidence base that nutritionally supplemental therapies like omega-3 may have a place in supporting patients as they go through their cancer care.’

Similarly, omega-3 fatty acids were also found to be beneficial in some bowel cancer patients experiencing inflammation, according to researchers at the Camargo Cancer Centre in Brazil.

Patients having chemoradiotherapy who had ingested fish oil were less likely to experience pain upon urination and while having sex than those who had not taken the supplement.

‘Over half of all bowel cancer patients in the UK are diagnosed at a late stage.

‘Furthering our understanding of who might benefit from dietary supplements and at what stage in their treatment could ultimately help improve the lives of those living with and beyond the disease.’