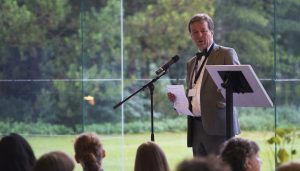 Michael Dixon graduated in psychology and philosophy at Oxford University before studying medicine at Guy’s Hospital. Since 1984 he has been a general practitioner at College Surgery in Cullompton, Devon. In 2008, he and his partners created the “Culm Valley Integrated Centre for Health”, which is widely regarded as a prototype for general practice of the future.

Since the early 1990s, he has been a leader of the GP/clinical commissioning movement with its aim of allowing frontline clinicians a far greater role in improving local services and health. He co-founded one of the first Locality Commissioning Groups in Mid Devon in 1993 and served on the National Executive of the National Association of GPs before becoming the first chair of its successor organisation, the NHS Alliance, in 1998. He has continued in this role, by annual election, to the present day. In 2012, clinical commissioning was fully embedded in statute with the creation of Clinical Commissioning Groups (CCGs). A new organisation, NHS Clinical Commissioners” was created to represent CCGs bringing together the commissioning “arms” of NHS Alliance, NHS Confederation and the National Association of Primary Care. Michael is the acting president of this new organisation.

Since 2007, he has been visiting professor to the University of Westminster(Integrated School of Health) and was also appointed visiting professor of University College, London in 2012. He is an honorary senior fellow in Public Policy at HSMC (University of Birmingham) and honorary senior lecturer in Integrated Health at the Peninsula Medical School. He is a regular writer and broadcaster, having written several books including “The Human Effect in Medicine” and is a former president of the Health Writers Guild.

Throughout he has been strongly supported by his wife Joanna, a professional artist, and they have three children. He is a keen gardener and fisherman, when time permits.