The southern Mediterranean lifestyle, where dinner is often served very late in the evening, could be putting people at risk from certain cancers.

Sitting down to eat a big meal within two hours of going to bed could increase the risk of getting breast and prostate cancer, according to new research by the Barcelona Institute for Global Health. 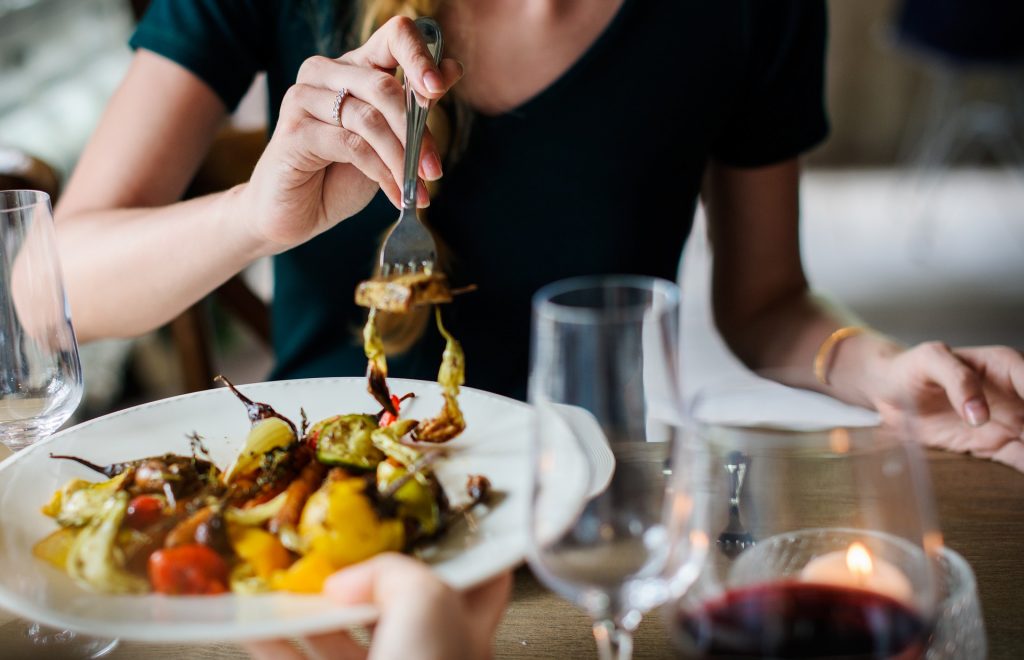 A hastily-eaten meal just before bedtime could increase the risk of breast and prostate cancers, according to new research by the Barcelona Institute for Global Health

The study, published in the International Journal of Cancer, of nearly 4,000 people found that consuming food late at night causes inflammation in the body, and changes blood sugar levels, which have both been linked with cancer.

Humans through evolution have eaten in day-light hours but modern life has altered eating patterns with demanding schedules and long commutes influencing the hours people dine at.

Leaving more than two hours between dinner and bedtime, compared to sleeping soon after eating, slashes the odds of both cancers by an average of 20 per cent.

The study’s lead, Dr Manolis Kogevinas, said: ‘People already know that if they eat late and go to bed soon afterwards that they will not metabolise their food and won’t get a good night’s sleep.

“We don’t need a study to tell us that, but this study suggests that eating times, like sleep, have longer-term effects for breast and prostate cancer. The impact could be especially important in cultures such as those of southern Europe, where people have supper late.”

The Spanish researchers asked more than 1,800 people with prostate and breast cancer, and more than 2,000 healthy people about the timings of their meals and sleeping habits.

Fiona Osgun, from Cancer Research UK, offered caution, saying: “Unfortunately, this small study doesn’t add much to the picture as it didn’t take into account other things we know can affect cancer risk, like drinking alcohol.”