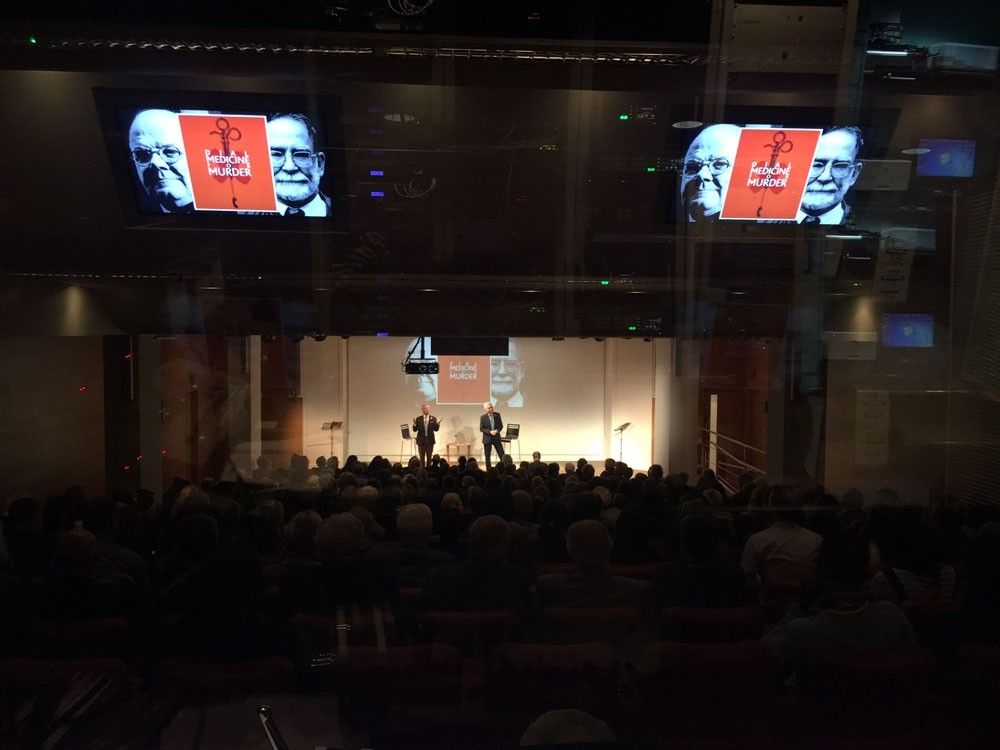 In 2010 I bought Folkington Manor on the South Downs.  Dr John Bodkin Adams had been a frequent visitor to the house after the Second World War…

Just out of curiosity I began to read the story and discussed it with Dr Andrew Johns, my close friend from medical student days at Guy’s Hospital.  Andrew is a forensic psychiatrist and had given evidence to the Dr Harold Shipman enquiry.  Andrew has also given evidence in murder trials at the Old Bailey over a hundred times.  Over supper we began to compare the psychopathology of both individuals.

We jointly prepared a lecture for academic purposes.  We first presented this at Folkington Manor and there then followed metamorphosis into a ‘stage piece’.  This was followed by a ten-day run at The Edinburgh Festival, followed by a private viewing for ITN, BBC radio interviews and a return to Edinburgh this summer.

We invite the audience to question us and there has been astonishing and fascinating debate on each and every occasion.

We compare the background, arrest, trial and legacies of both doctors interspersed with footage and news items.  We examine the victims’ stories, the odd circumstances of multiple deaths, and ask the big question: why was one convicted and the other wasn’t?  We reflect on the haunting prospect of ‘Could it happen again?’ but also detail the regulatory changes that have become part of day to day practice since the Shipman conviction.  We invite the audience to question us and there has been astonishing and fascinating debate on each and every occasion.  We have both been surprised by the attention we have received and certainly were not expecting to be ‘on tour’ at this stage in our careers.  To conclude if anything our set is an insight into the pathological mind and a demonstration of how both the medical and legal systems adapted over the course of the century.  We hope you enjoy it.”