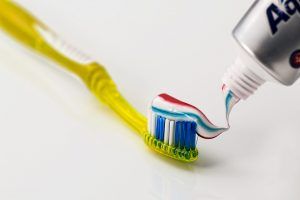 People who suffer with gum disease could be more at risk of developing Alzheimer’s, new research has found.

A study of 28,000 people found that those who brush their teeth more are less likely to develop dementia.

Taiwanese scientists behind the latest research say that promoting better dental hygiene could soon become official advice on how to ward off the disease – but only if more extensive research substantiates the findings of the study.

The new research suggests that ongoing gum disease could be eventually cause damage to the brain. It also found that dementia patients who have gum disease deteriorate at a faster rate than those who don’t have it.

The ten-year study, published in the Alzheimer’s Research & Therapy, involved 9,300 patients who had been newly diagnosed with chronic gum disease alongside a further 18,700 people who didn’t suffer with periodontal disease.

At the end of the study, 115 of the first group had gone on to develop dementia, while just 208 in the second, larger group had been diagnosed with Alzheimer’s.

Those who had suffered with gum disease for more than ten years were 70 per cent more likely to develop dementia.

The research was carried out by Chung Shan Medical University and the National Defense Medical Center in Taiwan.

Researcher Chang-Kai Chen wrote: ‘This finding supports the notion that pro-inflammatory factors due to [gum disease] may slowly and progressively induce neurodegenerative changes that lead to the development of Alzheimer’s disease.’