A modest study of 40 healthy adults aged over 50 found that those who consumed the trendy green fruit on a daily basis for six months had significantly higher levels of lutein, an antioxidant and anti-inflammatory carotenoid found in some fruits and vegetables. 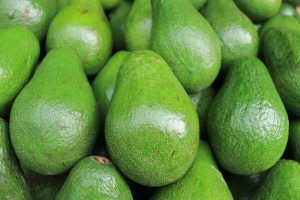 The research, carried out by the Human Nutrition Research Center on Aging at Tufts University, Boston, and supported by the Hass Avocado Board, asked another group of similarly-aged people asked to eat a potato or a cup of chickpeas instead, which offered similar calories but contain substantially less lutein and monosaturated fats.

Those eating the avocados were found to have a 25 per cent increase in lutein levels in their eyes after six months and performed significantly better in tests that challenged memory, speed and concentration.

“For AV only there was improved sustained attention (p = 0.033), and the MPD increase was related to improved working memory and efficiency in approaching a problem (p = 0.036).”

Further research will focus on serving size, with the current recommended serving amounting to only around 30 per cent of the amount of avocado eaten by the adults in the study.

The paper concluded: ‘Dietary recommendations including avocados may be an effective strategy for cognitive health.’