The above named NIHR publication confirms that, in 2006, the NIHR set up the School for Primary Care Research, which is described as:

‘…a partnership between 9 leading academic centres for primary care in England which brings together academics and practitioners from across the country to collaborate on cutting edge, topical primary care studies that have an impact at both policy level and in general practices around the country…’

Also in that year, the school formed a number of working groups, including one for complementary and alternative medicine.

One NIHR funded paper, contributed to by Professor Hugh MacPherson who is a member of the College of Medicine Scientific Advisory Group, is published in the NIHR Dissemination Centre Discover Portal under the title Acupuncture shown to have benefits for treatment of some chronic pain (20.06.17). Updates from the National Institute of Care and Health Excellence (NICE) about acupuncture can be found in my August 2017 blog. Further research into acupuncture may be viewed on Professor MacPherson’s website.

Another NIHR posted paper is Probiotics can prevent bacterial diarrhoea in hospital patients receiving antibiotics (01.05.18). This will be of interest to those CAM practitioners and others who have consistently argued for the use of (the correct types) of probiotics, notwithstanding that they are not regulated as medicines and that national guidance here and overseas does not recommend them for standard use.

In another splendid initiative partnered by the College of Medicine, the College has signed a memorandum of understanding with India’s Ministry of Ayurveda, Yoga and Naturopathy, Unani, Siddha and Homeopathy (AYUSH) to create centres of excellence in the UK. The Department of Health for India and donors in the UK will give funding for the centres to be established. For more information view the College’s website here and here and link to the report given at Positive Health Online (Issue 246, May 2018).

As most of us spend our lives walking in rubber soled shoes, driving in rubber-wheeled cars and living and working in synthetically insulated and carpeted offices, residences and other premises, it’s reasonable to deduce that this could have an effect on our health.

‘…This exploratory study showed that grounding massage therapists while they performed massages and at night reduces stress as indicated by HR, RR, LF, HF and LF/HF. It also showed that the lowering effect of grounding on blood viscosity lasts for at least one week after ungrounding, with systolic blood viscosity becoming significantly lower at the end of the study as compared to the initial pre-intervention value. Inflammation markers (IFN-γ, TNF-α, and hsCRP) increased rapidly after ungrounding, within a week, suggesting the importance of grounding on a regular basis, preferably daily. Abnormally stressful situations lasting for long periods of time can partially decrease the benefits of grounding, but not eliminate them. This study’s findings suggest that grounding is beneficial for massage therapists in several domains relevant to health and wellbeing.’

For the reasons given above, this research is of interest to all of us as well as to Massage Therapists and other practitioners. Further reading about Earthing may be found in an article by Marion Eaton published on PH Online (Issue 244, February 2018) titled Reconnecting with the Earth’s Healing Heartbeat. 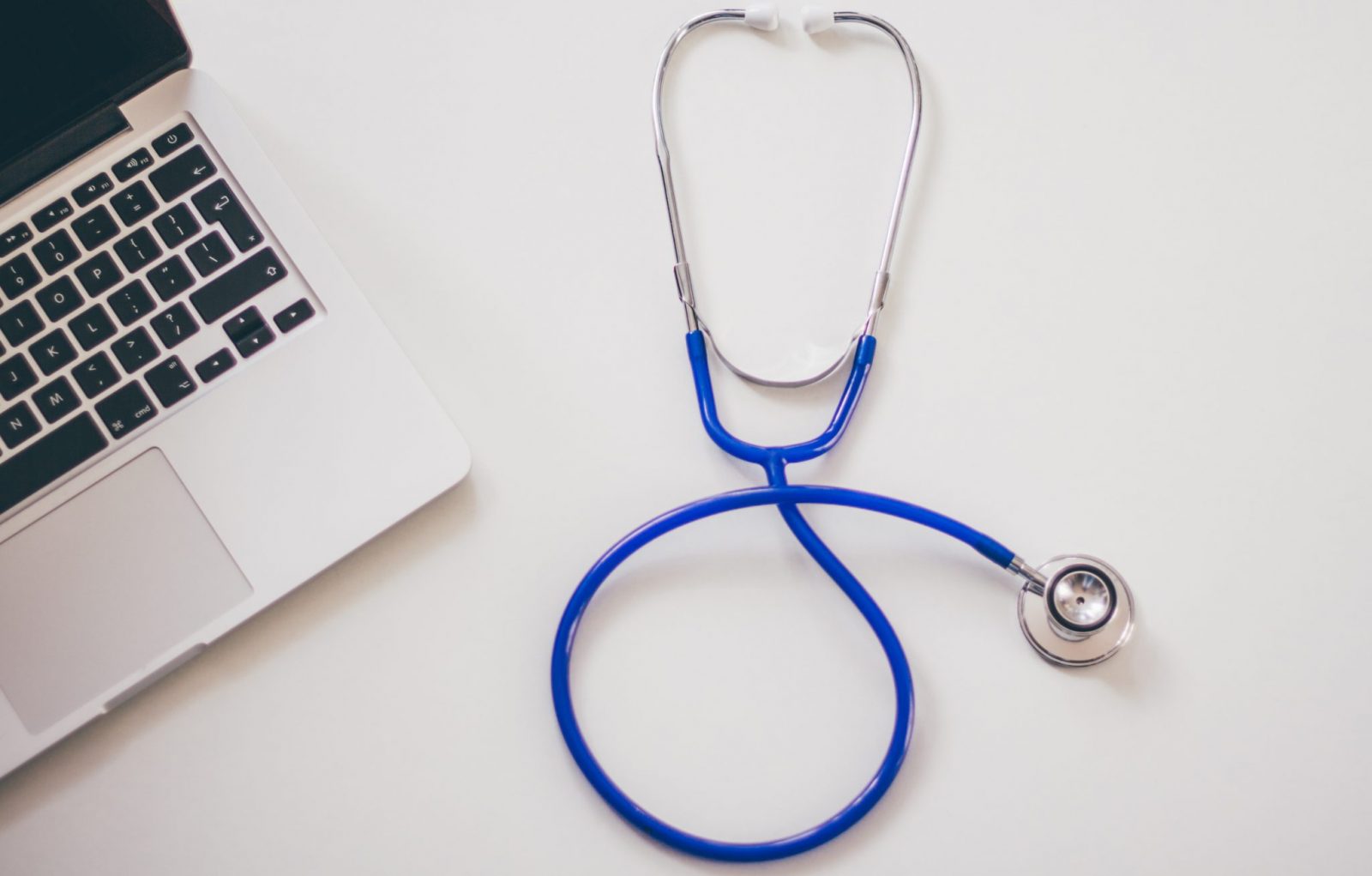 ‘…an independent, non-party think tank whose mission is to set out a better way to deliver public services and economic prosperity…’

published its Report titled AI in the NHS illustrating the areas where AI could help the NHS to become more efficient and to deliver better outcomes for patients.

Previously, in the Times newspaper (06.02.17: Robots could do 250,000 NHS and Whitehall jobs), Reform is reported as suggesting that 30% of nurses’ activities could be automated, including administering non-intravenous medicine and collecting information, as could a similar percentage of doctors’ work such as reading radiological scans and administering anaesthesia in simple procedures.

There are AI systems that can scan x-rays for indications of lung disease and androids which aid surgeons in operating theatres. Corporate initiatives are constantly ongoing, for instance as reported in the Sunday Times newspaper on 01.04.18 (print copy: Business Section, page 3) under the caption AI pioneer of stroke scans wins £7m boost.

In 2017, a government-backed Report Growing the artificial intelligence industry in the UK (professor Dame Wendy Hall and Jerome Pesenti) states, at page 11:

‘…High potential use case: AI-powered diagnostics use the patient’s unique history as a baseline against which small deviations flag a possible health condition in need of further investigation and treatment. AI is initially likely to be adopted as an aid, rather than replacement, for human physicians. It will augment physicians’ diagnoses, but in the process also provide valuable insights for the AI to learn continuously and improve. This continuous interaction between human physicians and the AI-powered diagnostics will enhance the accuracy of the systems and, over time, provide enough confidence for humans to delegate the task entirely to the AI system to operate autonomously…’

Ahead of the King’s Fund’s festival of ideas, which aims to inspire and challenge the future of health care, Hugh Harvey, Clinical Artificial Intelligence and Predictive Analysis Researcher at King’s College London, imagines a world in which artificial intelligence has transformed frontline care. Read his guest blog posted by the King’s Fund titled Clinical artificial intelligence: on the brink of a digital revolution?

While AI can bring improvements to healthcare, an article in the Sunday Times newspaper (05.02.17, page 7: Robots march on ‘safe’ jobs of middle class) reports on a ‘ground-breaking’ study by Carl Frey, co-ordinator of the Oxford Martin programme on technology and employment at Oxford University, in which he identifies ‘healthcare’ as having a low risk factor of 1% or less, including occupational therapists, psychologists and school psychologists, podiatrists, physicians and surgeons, dentists, dieticians and nutritionists.

On 28.09.17, the Times newspaper carried an article captioned It’s a robot revolution but you don’t need to man the barricades reporting on the Future of Skills Report which predicts a rise in demand for work that requires uniquely human skills, including ‘health and care’ which require ‘people to engage with customers’. Refer, in particular, to Table 6 on page 49 of the Report where ‘Therapy Professionals’ are mentioned.  According to the Times, the Report predicts that the ‘Therapy’ workforce will grow by 27,945 by 2030.

My guess is that CAM practitioners are not a ‘species’ that is endangered by AI simply because AI will never replace the intuitive, holistic ‘healing touch’ that is part of their treatment specialism and which is so much in demand by their patients. The emotional intelligence, creativity and the capacity to form a ‘social’, professional relationship which is in the nature of a CAM practitioner cannot be substituted with AI, that is limited to carrying out routine, predictable, structured and repetitive tasks, however complex. This seems to me to be the most logical conclusion.

Recent research reported in the British Medical Journal (Effect of tai chi versus aerobic exercise for fibromyalgia: comparative effectiveness randomized controlled trial: BMJ 2018; 360 – Published 21 March 2018), which may be viewed here and at https://www.ncbi.nlm.nih.gov/pubmed/29563100 confirms the effectiveness and clinical value of an integrated mind-body discipline in the treatment of Fibromyalgia. Tai chi is described as follows:

‘…Tai chi is an ancient discipline involving exercise rooted in traditional Chinese medicine that originated as a martial art and has been practiced for many centuries. This complex, multicomponent mind-body intervention integrates physical, psychosocial, spiritual, and behavioral elements to promote health and fitness…aims at inducing effects on both body and mind that may result in beneficial health outcomes…’

‘…Fibromyalgia has been primarily recognized as a complex central pain disorder influencing pain perception and is characterized by a low threshold of pain modulated by emotion, thoughts, and environment…’

‘…Tai chi mind-body treatment results in similar or greater improvement in symptoms than aerobic exercise, the current most commonly prescribed non-drug treatment, for a variety of outcomes for patients with fibromyalgia. Longer duration of tai chi showed greater improvement. This mind-body approach may be considered a therapeutic option in the multidisciplinary management of fibromyalgia…’