THE EVIDENCE BASE FOR CAM AND CONVENTIONAL MEDICINE: STRIKING THE BALANCE IN THE INTERESTS OF PATIENTS

The basis of Clinical Commissioning Group (CCG) initiatives, whether affecting the RLHIM, the PCIM or elsewhere, deserve further analysis, even though this topic has already been explored in my March 2018 blog, since more initiatives to limit the provision of CAM services within the NHS are likely to follow.

This is not to contest the use of conventional drugs produced by the corporate pharmaceutical sector, provided they are beneficial and safe, but rather to dispute the case for their use to the general exclusion of proven CAM treatments and remedies. The respective arguments both for and against the use of CAM and conventional medicine, whether or not as part of an integrative treatment-plan, need to be defined in a more balanced and unbiased way.

When CCGs withdraw access to homeopathy, herbal medicine or any other CAM service, it should not be because of what they cost. For example, against a total spend of £9.2 billion a year (2016) on NHS prescription medicines, only £92,412.00 was spent on homeopathic medicines and £100,009.00 on herbal medicines (Data source: NHS Digital).

As I have already mentioned, the NHS England Consultation titled: Items which should not be routinely prescribed in primary care: A Consultation of Guidance for CCGs, has recommended that both homeopathy and herbal medicines should be “blacklisted” because:

‘…there is no clear or robust evidence to support [their] use…’

Before condemning CAM, whether on the basis of allegations about cost or lack of a ‘clear or robust’ evidence-base, NHS England and CCGs should first consider research papers, reports and publications questioning the benefit, probity and evidence-base of some (usually more expensive) conventional medicines, including the following:

2. The publication: Conflicts of Interest in Medical Research, Education and Practice (Institute of Medicine [US] Committee; LoB, Field MJ, editors; 2009,);

3. The AllTrials Campaign: Half of clinical trials have never reported results and view the press releases issued by the World Health Organisation (WHO) on 14.04.15: WHO calls for increased transparency in medical research and on 18.05.17 titled Major research funders and international NGOs to implement WHO standards on reporting clinical trial results;

5.The British Medical Journal Clinical Evidence Efficacy Categorisations, which have been discontinued, indicated, as recently as March 2018, that just 11% of over 3000 treatments evaluated have been proven to be beneficial. [BMJ Note: Effectiveness of 3000 treatments as reported in randomised controlled trials selected by Clinical Evidence. This does not indicate how often treatments are used in healthcare settings or their effectiveness in individual patients];

7.Patients’ uncertainty regarding the probity of long-established prescribed conventional medicines. One example is Valproate medicines, introduced as long ago as 1974 but which is now the subject of the following press release published on 24th April 2018 (excerpt) by the Medicines and Healthcare products Regulatory Agency (MHRA):

‘…To protect public health, the Medicines and Healthcare products Regulatory Agency (MHRA) has changed the licence for valproate medicines (Epilim, Depakote and generic brands). Valproate must no longer be prescribed to women or girls of childbearing potential unless they are on the pregnancy prevention programme (PPP).

In the Sunday Times newspaper on 29.04.18 (page 12: U-turn on anti-epilepsy drug risk to babies), Clare Pelham, of the Epilepsy Society, is reported as saying:

“…It has taken years to achieve these simple, straightforward and inexpensive improvements that will prevent babies being born with avoidable disabilities. All credit to the brave women who have campaigned for decades.” 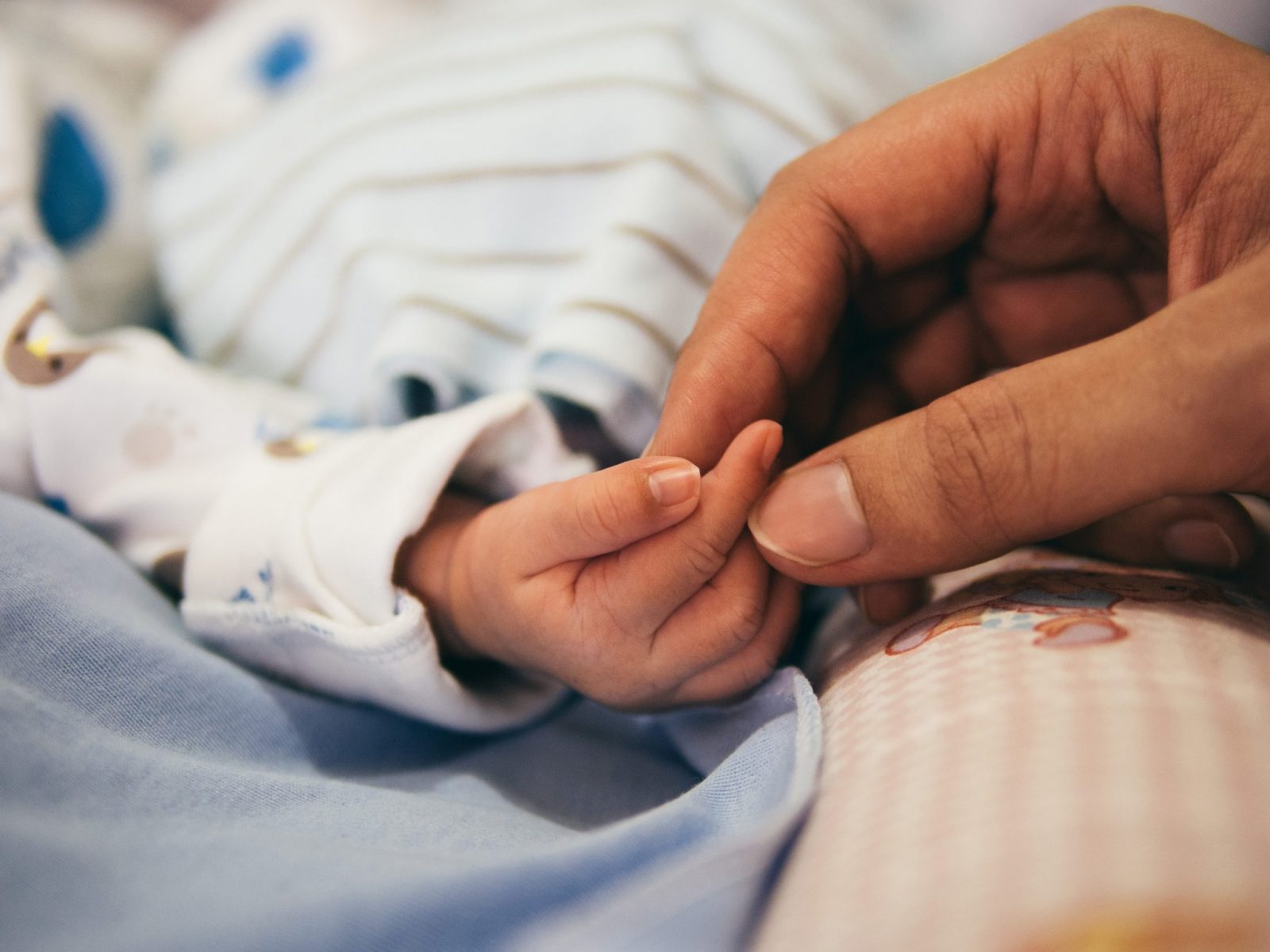 8. Patients’ suspicion about medical data: For general reading, refer to the book Doctoring Data by Dr Malcolm Kendrick (ISBN 978-1-907797-46-0) and his blog here. Dr Kendrick graduated from medical school in Aberdeen and trained as a General practitioner in Scotland. He works in General Practice, Intermediate Care and Out of Hours. In education, he set up the on-line educational system for the European Society of Cardiology, working with the European Commission and he also set up the first website for the National Institute for Clinical Excellence (NICE) in the UK;

‘…Financial ties of principal investigators were independently associated with positive clinical trial results. These findings may be suggestive of bias in the evidence base…’

In the Times newspaper (05.02.18, page 6), the Chair of the House of Commons Science and Technology Committee, Mr Norman Lamb MP, is reported as saying:

These disclosures suggest a bias against CAM on the part of the NHS and CCGs when they fail to question the recommendation that “there is no clear or robust evidence to support its use”. The words “no clear or robust” could be construed as less of a challenge to the probity and evidential standing of homeopathy and herbal medicine than the extensive adverse assessments relevant to conventional medicines listed above.

Taking a balanced view and while accepting that there is much to be done in the proper research of the evidence base of both CAM and conventional medicine, I suggest that the disclosures identified above indicate that any decision to recommend the withdrawal of CAM, particularly from those NHS patients who ask to receive it, is fundamentally flawed.

Furthermore, such withdrawal appears to conflict with the NHS policy to promote personalised commissioning and payment and, generally, to enhance patient choice (including, arguably, the choice to receive CAM services) in accord with the NHS 5 Year Forward View, about which more details can be found in my December 2017 blog.

Shouldn’t the overall aim of all concerned be to take a balanced and unbiased view of the benefits to patients of both CAM and conventional medicine? To this end, the intransigence of some managers and clinicians as concluded in the paper Patient choice and evidence based decisions: The case for complementary therapies (mentioned above) needs to be properly and objectively addressed.

If patients are to have any proper choice about the medicines they are prescribed they should be entitled to whatever treatment they feel is in their best interest, including as part of an integrated treatment plan that combines the best of effective and safe conventional medicine and CAM. Such choice should be informed, diverse, respected and valued by both practitioner and patient.

Also relevant to the debate about NHS and CCG decision-making are the revelations referred to in the following section.

PREVALENCE AND ECONOMIC BURDEN OF MEDICATION ERRORS IN THE NHS IN ENGLAND: POLICY RESEARCH UNIT IN ECONOMIC EVALUATION IN HEALTH & CARE INTERVENTIONS (22.02.18)

I mention this research (that relates to conventional medicine not CAM), which may be viewed here, so that its conclusions may be compared with the case against CAM, whether or not in connection with the Charity Commission Consultation or the recommendations to CCGs and GPs by NHS England.

At page 18, paragraph 1.4.7, the research concludes, among other things, as follows:

‘…Using published error rates, we estimated that 237 million medication errors occur at some point in the medication process in England in one year. Although this is a large number, 72.1% are minor with little or no potential for clinical harm. We estimated that 66.1 million potentially clinically significant errors occur, of which 47.0 million (71.0%) occurs in primary care. Prescribing in primary care accounts for 33.9% of all potentially clinically significant errors… The estimated burden of definitely avoidable ADRs [Adverse Drug Reactions] was estimated to be £98.5 million NHS costs per annum, consuming 181,626 bed-days, causing 712 deaths, and contributing to 1081 deaths during the index hospitalisation…’

The BBC report (23.02.18), Drug errors cause appalling harm and deaths, says Hunt, may be viewed here.

Readers will draw their own conclusions when assessing the likelihood of sustaining harm from being prescribed CAM, whether or not as part of an integrative treatment plan.