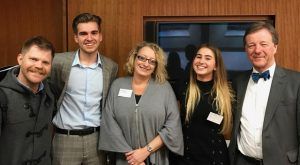 We advocate for a new attitude to healthcare: one which forges partnerships across society, emphasises prevention and a multi-faceted approach and empowers a healthier, happier population.

We think everyone should be part of the conversation about health, not just a select professional elite.

Founded in 2010, we bring together the experience of senior healthcare professionals and scientists who know the NHS from the inside; the lateral thinking and enthusiasm of the many students associated with the College and – centrally – the powerful voice of all those who receive healthcare, and their carers.

Why the College of Medicine?

New patterns of chronic illness are emerging in our culture, affecting millions. We don’t think that any one intervention or re-organisation is the answer, but instead want to bring together a patchwork of much broader ideas – from food and exercise, to new science, patient empowerment and integrated health. We want to bring people together to create a more compassionate, progressive, value-based, sustainable healthcare system. 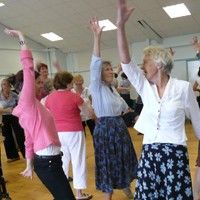 Diagnosis: So what’s wrong with the system we’ve got?

When the NHS was first founded, it was largely intended to support people through short acute illnesses – from measles to diptheria to a broken leg or an operation.

The hope was that, as everyone received free access to medicine, the population would become healthier and the costs of the health system would decline. 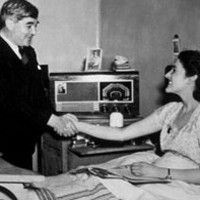 In some ways the NHS has been a huge success.  We are living longer than ever, and the acute illnesses that once presented such a problem are less of a burden.  But more life years are frequently not healthy life years, and we have seen an explosion of chronic illnesses.  One in three adults now has high blood sugar, and diabetes management takes up 10% of the NHS budget.

The incidence of breast cancer has increased by over 70% since the mid 70s, 20% of the population is now classified as obese, and depression affects one in four or five people, with the number of young people with depression doubling between the 80s and the turn of the new century.  While the causes are not always clear, these patterns seem to be linked to developed world diets and lifestyles. 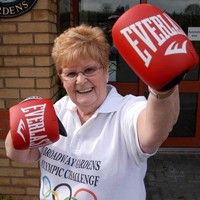 The NHS is now confronted with what is sometimes referred to as the Scissors of Doom: a system that needs more and more money to deal with a larger, older, chronically ill population.

But there isn’t enough money to endlessly expand, and stressed, overworked medical staff struggle to meet targets.Underlying this is a more fundamental problem: an old ‘acute’ model, used to treat a new pattern of chronic illnesses – those which don’t just need a couple of weeks in hospital to cure, but rather years or lifetimes of management. 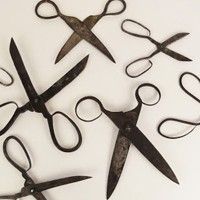 We think there are several vital ingredients towards a ‘cure’ for our health system:

1. Health doesn’t start and end at the surgery door

Many of the illnesses taking up resources and damaging lives are preventable: they come from poor food choices, lack of exercise, stress, loneliness and community fragmentation.  It’s vital to create societies which promote health instead of waiting until people become ill.  That has to mean considering the health implications of everything from planning cities, to protecting green spaces or making healthy food accessible.   A society which encourages health will mean that less people spending decades of their life managing the consequences. 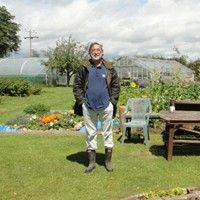 2. A genuine collaboration between health professionals and patients

The average diabetes patient sees their doctor for 15 hours per year, but has to self-manage for the other 364 and a half days.  Their understanding of their condition is vital to its management.  Receivers of care will also know about the other stresses and positives in their own lives which will affect the success of treatment.

Care works best where there is an equal partnership between practitioners and patients, not a top down approach.  A lot of lip service has been paid to ‘patient-centred care’, but we know that it is often overlooked in practice. 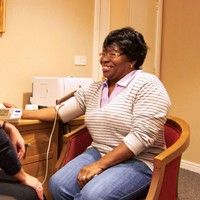 Often, pills are a vital component of managing certain illnesses.  But prescription has developed unhealthy aspects too.  A significant percentage of doctors regularly admit that they have prescribed antidepressants and antibiotics when they did not think they would make a difference to the patient, because they didn’t have other solutions.  Elderly people in particular can find themselves taking dozens of pills a day, where the side effects and interactions between them all have never been established. 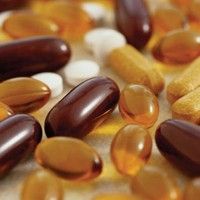 What the College does

Shifting the system to a better model does not have to rely on more top down organisation.  Instead we believe that by nurturing networks of ideas and promoting the innovative projects that are already piloting the approaches we need, we can begin to create change that everyone can be a part of.

Our Innovators network brings together dozens of these ideas – from a GP service which is as likely to prescribe gardening and community involvement as Prozac, projects addressing food deserts or the psychological aspects of cancer and back pain, groups which value the skills and desires of people with Alzheimers and better routes through the healthcare system for homeless people.

Seemingly diverse, all these projects are underpinned by treating people with compassion and respect, and approaching health as an ecosystem, not something divorced from the rest of our lives. 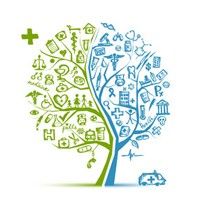 Meanwhile our events for health and social care students encourage a collaborative attitude, so that whether they are embarking on a career in pharmacy, podiatry, social work or medicine, they learn to collaborate both with those they treat and other healthcare professionals – rather than concentrating only on one narrow specialism.

Everyone is welcome at our lectures and events which give access to the best new ideas in health, out of the horse’s mouth. We make sure that expert patients and carers are part of the mix of speakers, alongside healthcare professionals. 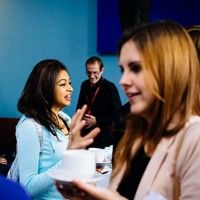 It’s a complex picture, but it’s one that has the power to address how we live our whole lives, from the workplace to the park, the supermarket to our home lives.  It will gain power not primarily through legislation or even money, but through individuals feeling empowered to join the conversation about what works best in healthcare.

We hope you will join in too.