The nation’s health could be improved if everyone committed to eating a bowl of porridge a day, a professor of food and nutrition has said.

Professor Chris Seal of Newcastle University said the simple step could have a marked impact on public health. 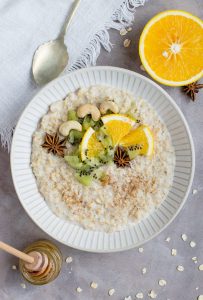 He explains that the low-fat breakfast dish has stellar health credentials, with more fibre than a slice of wholemeal bread, low sugar levels, minerals including manganese, copper and iron, and plenty of B vitamins.

It also has high quantities of beta glucan, a soluble fibre that creates a thick gel in the stomach and lessens appetites in those who’ve consumed it, while also reducing the absorption of cholesterol.

It stimulates the excretion of bile salts, which are made of cholesterol. The more cholesterol is used to produce bile salts, the less it is found in the blood stream.

Beta glucan also boosts the healthy bacteria in the gut, helps the immune system and potentially even guards against certain cancers. 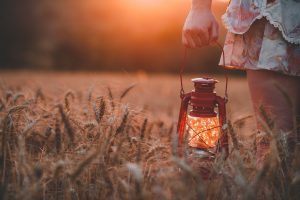 Eating one 70 gram bowl of porridge a day is equivalent to consuming 3 grams of beta glucan, which could reduce ‘bad’ low density lipoprotein cholesterol by around seven percent, says studies, something that offers a serious rival to statins for health benefits because there are no side-effects.

“I believe that if everyone started the day with porridge, it would have a significant impact on public health,” says Seal, who eats the oat-based breakfast year-round with semi-skimmed milk.